Why Google Voice is So Cool, Why It's Not, or Why It Doesn't Matter 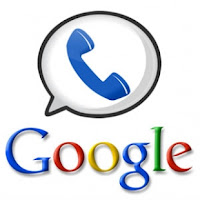 Grand Central, the old name for Google Voice is a pretty cool name. Neat features, too.  (Remind me to come back to those names.)

Fortunately or not, as a very early GMail user, I was among the very first to be invited to try this VOIP offering. Because I could pick my "phone" number, I opted to go with the code from an adjacent area; most people would not think much about that because the area code to which my cell phone was assigned had recently been split. The more rural zone had room for all these PDA's; oops, I mean phones. (Really? The phone is not the most used 'app' on my phone, Doc said with a grin.)  With ten available "invites," I could ask some friends to join me in this experiment. It did not take long to send out those invitations; it took months before the first person signed up, and several months before they told me the number. Go figure.


Maybe it had to do with the overwhelming simplicity of Grand Central. Did I just describe "simplicity" as "overwhelming?" YES! Simple concept - a free number that could be redirected to voice mail in the cloud. Or to ring all of my "real" phones - business, cell, home. So simple to set up. Overwhelming work to set it up efficiently, which, after reading an earlier post, you will know is important to me.

It was the simplicity of "labels" that got me in trouble. Like many avid M$ Outlook users, mail should be filed in folders, right? What's this label thing? Gradually the new paradigm revealed its flexibility, which I embraced with gusto. Then I made Google my master contact database, and continued the plasticity of multiple labels for one contact; someone could be labled both as "professional" and "friend" and not have to be stored separately in two different folders. Then came the call.  My first Grand Central Call. It was about time that my subtle advertising in various tag lines started to pay off. . And then came another call, and another, so I needed to learn how to use the Groups in Grand Central. Groups would allow me redirect a call to my choice one of my  permanent, or real numbers (in the cloud, is there a difference between a real and GV number?). And really neat is that I could even set some groups to go straight to voice mail, made even better with another that would transcribe the voice message. Add to that an option to be able to screen calls and let me decide whether to answer or send to voice mail. And did I mention that it could send and receive text messages? (HINT: that will be a later story about ubiquity).

Five years later I have asked myself this question? Why waste time with all those groups.  You only need three. I had violated one of my rules - YAGNI, a corollary to KISS and Murphy says "You ain't gonna need it!" Well, maybe you do but that's for a future post. For now, read the related article at LifeHacker.Com, and then

(PS: Google is still using the original name. When I receive a call from GV it comes from 'Grand Central' even though the icon for the GV app on my phone is called Voice. This reveals the inherent problem with Google's naming of what appear to be the same objects - labels, groups, and circles. Are they the same? Maybe. Probably not!)
at 12:47 PM
Email ThisBlogThis!Share to TwitterShare to FacebookShare to Pinterest