Repent - or how I lost weight! 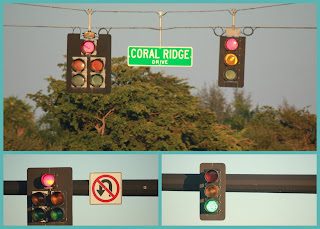 Coming home from Naples with camera in hand as Cheryl drove, we neared our place in Coral Springs. Stopped at this light, an idea came to me about a few other pictures I had snapped without really knowing what to do with them, if they even turned out. As the IMGs were uploading to Picasa, and later as they synced to Picasa Web Albums in the cloud, God told me why he wanted me to snap these three photos. "Doc," he said, "that's how you lost weight. Oh, yeah, that's right!

Are you lost? So was I. But not anymore. As the year of 2011 unfolded the best discovery I made was finding me.

"You found yourself again, " Cheryl said as we drove to Naples today. Now, she has said that before, so we had lots of time to talk, and I learned where Marysville, California is located geographically. And it's not where I thought it was. More about that tomorrow.

Here's what Cheryl was trying to explain.  God had always been there, and most people thought Doc knew him personally. Well, of course, I did, but what they meant is that I must be like Moses, and God talked to me on the mountain. Don't be silly I would say. Huh? What did you say? Oh, okay, you don't have to repeat it, but you did: "WHAT'S THIS GOT TO DO WITH LOSING WEIGHT? COME ON, GET ON WITH THE STORY GRANDPA!" LOL

PS for today - buy.com was the very first site from which I did on-line ordering; you know, back in the old days, when I couldn't spell innernet. ;-)
Rodale Store NEW *Official Site*: Exclusive Offers from the Publisher!