43 Years Ago Today, We Walked On The Moon http://feedproxy.google.com/~r/Techcrunch/~3/pAKV9GyKc0M/

Here is a snippet of that post on TechCrunch.

It isn’t the 25th or the 50th or the 100th. It’s just something that happened 43 years ago today at about 8pm UTC. In short, two men – born helpless as the rest of us – through time, training, and sheer will, were thrust into space by the greatest minds of our generation and then stepped onto a lunar soil that the New York Times reported as being fine and powdery. Why, then, commemorate this date? Because, aside from World War II, the space race was the thing that put us firmly on the path of technological advancement we are taking today. Had we not dared when we did, at a time when our technology was woefully primitive, I wager that we would still today think the moon and the stars were out of reach. That is why this anniversary is so important, and why it is important to remember the things the put us here. In an increasingly wired world, news flashes at us from all angles. Nothing is new, nothing is “cool,” everything is derivative. But as those first sharp bursts of electromagnetic energy passed from a camera on the moon to the waiting ears and eyes of a rapt public, this world of instant everything was born in a blaze of black and white.

I remember where I was that July night in 1969. At KPOW radio I had flipped the switch to the ABC news feed and listened as men said,  "Tranquility Base here. The Eagle has landed." Later,  after my shift, I went home and watched Neil Armstrong take one giant leap for mankind.

In the years since my own steps have been to many interesting places. I gained weight,  dieted, and repeated that cycle several times.  Today,  however, I am back to the same weight I was in '69. But not as a result of the latest diet or fad. Just eating right and exercising. Even though I am travelling on business today,  I did find a way to work in a 30 minute walk. And kind of proud that I have about the same fitness level I did when men first walked on the moon. 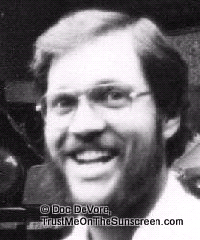 I remeber going to the Game & Fish in Sunlight to watch on TV, going outside to look at the moon, then back in to see Neil Armstrong walk on the moon. Incredible! I unfortunately am not at the same weight I was then; however, this is the year to take my 40 pounds off; more perhaps but 40 need to come off for my health and happiness.
Now if only we could stop the senseles killing and hatred in the world.

Thanks for the additional memory, Bev. You all were in Sunlight and I had the house in town to myself. We stayed healthy trim and fit back then. It was easy to stay active exploring the great outdoors.